Can the robotic lawnmower mow multiple areas or zones?

06.05.2021
Hardly any garden has only one large lawn area. Usually, there are other smaller zones in addition to the main area which the robotic lawnmower should mow just as often, of course. But how does the robot know when and how to approach these areas? There are different options for mowing multiple zones. 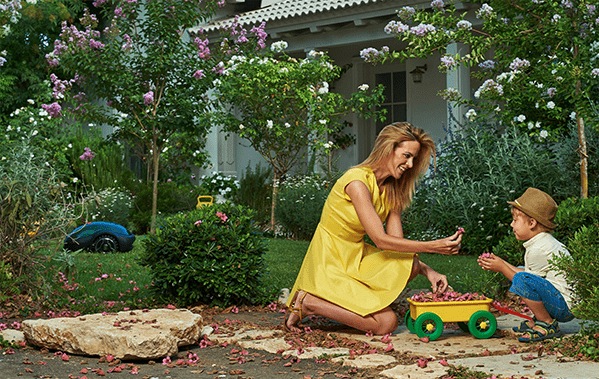 Two, three or even more large and small areas, perhaps connected by narrow passages, or completely separate zones with considerable differences in area are not uncommon in gardens. How exactly does the robotic lawnmower recognize and regularly operate in these areas so that a portion of the garden does not become overgrown? There are several ways to do this.

The individual lawn areas of your garden can be assigned different terms:

The main zone is usually the largest area where your robotic lawnmower will spend most of its time. Likewise, this is usually where the charging station is located.

The secondary zone is (significantly) smaller than the main zone but connected to it by a pathway. This can be a narrow passage of grass, but a drivable pathway is also suitable. The boundary wire is also included in the secondary zone(s).

A separate zone, on the other hand, is not accessible from the main or secondary zone. Therefore, there is no way for the robotic lawnmower to reach it. Spatial conditions determine whether you can use the boundary wire of the main zone or if a separate wire is required. 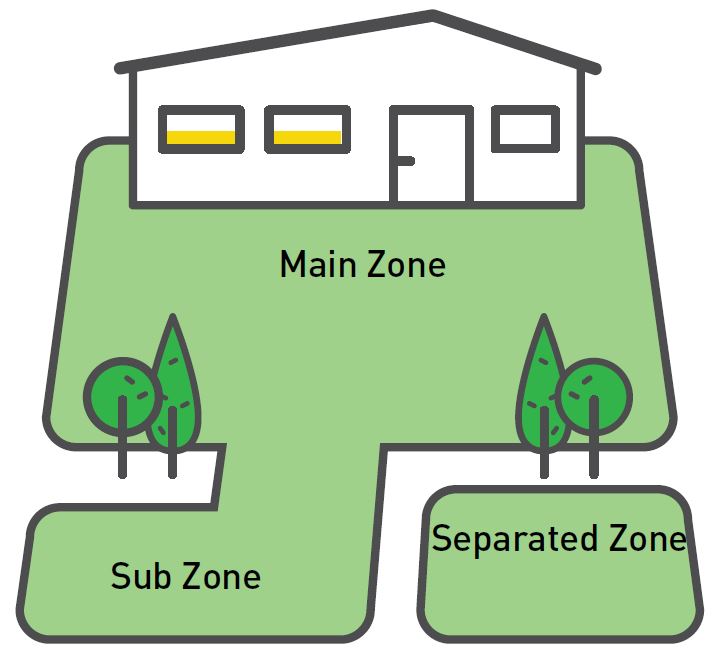 Which robotic lawnmower is suitable for multiple zones?

Not every robotic lawnmower is specialized to mow multiple zones. If your yard has three or more areas, it makes sense to take a closer look when making your purchase.

In any case, it is helpful to have different remote starting points. With these, you can define additional starting points along the boundary wire or guide wire, which the robot then moves to at regular intervals within the mowing times. These define how much time your robotic lawnmower should then spend on the assigned area(s).
The operation of devices with an app control is particularly convenient and can easily be programmed from your cell phone.
For example, if the main area is 800 m² and there is a secondary zone of 200 m², you can program your robotic lawnmower to spend 80% of the time on the main zone and 20% on the secondary zone. 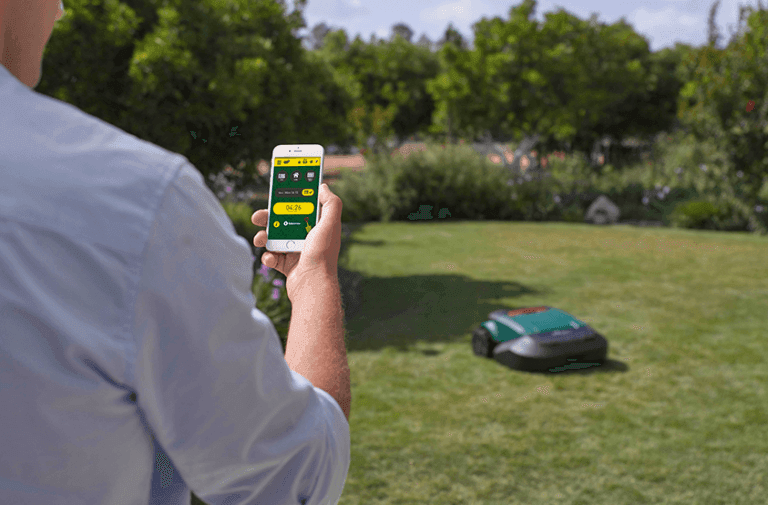 Robotic mowers equipped with GPS create a digital map of the garden over time, eliminating the need to program remote starting points. This is, of course, extremely advantageous - but comes at a price as robotic mowers with a GPS function are significantly more expensive than models without.

While the robotic mower controls the secondary zones independently, it does not work for separate zones without some physical effort. If you integrate a zone with the same boundary wire, the robot will not notice if you manually place it in another zone from time to time. It will continue to mow in the area unperturbed.

Connecting areas with each other

When laying the perimeter wire of main and secondary zones, there is almost nothing to consider. Simply lay the cable once around the entire area. It is only important that passages are about one meter wide so that the signals on both sides of the path don’t get crossed and the robot can easily makes its way through the narrow path. 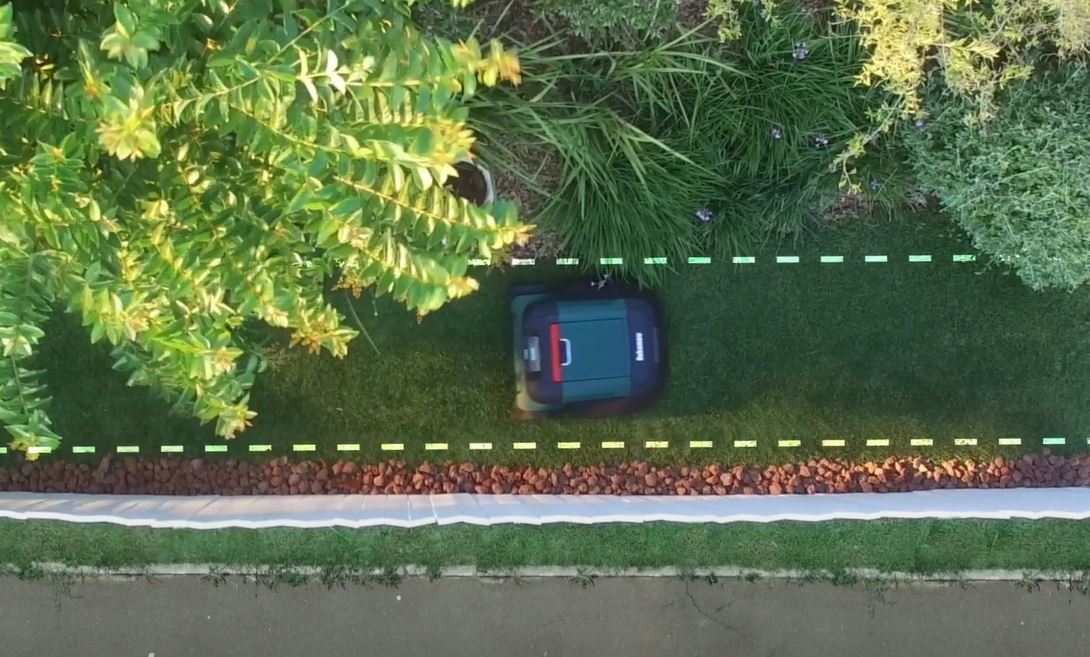 As for separate zones, laying the wire can be more complicated and require more work. For example, if a certain zone is on the other side of the house, it is possible to run the wire along the gutter or through the basement- thus using the same wire. You then simply go around the separate zone and run the cable back to the main zone via the same route. As an exception, the distance between the outward and return routing does not matter then.
An alternative is to lay a passage if the robot can use a path to get from one area to another. To ensure that the mower does not get stuck, a loop trick or a passage control offer two options to ensure that the robot quickly moves through it.

If there is no possibility of connecting zones with a common cable, there are two other options: you can either purchase a second charging station or use a signal transmitter. With a second charging station, the robot may have to learn the new signal each time. This is not the case with a signal transmitter, making it the simpler solution. However, it is not available for every model.

Mowing multiple zones with the robotic mower is usually not a problem. Even completely spatially separated zones can be integrated into the mowing process. The only decisive factor is the choice of a suitable model that allows the programming of sufficient starting points - or is equipped with GPS.