Can a robotic lawnmower cross paths?

18.05.2021
In almost every garden there are paths that cross the lawn. Sometimes there is also a paved connection from one lawn area to another. The question then arises: “Can a robotic lawnmower simply drive over them, or is it necessary to lay the perimeter wire around the obstacles”? 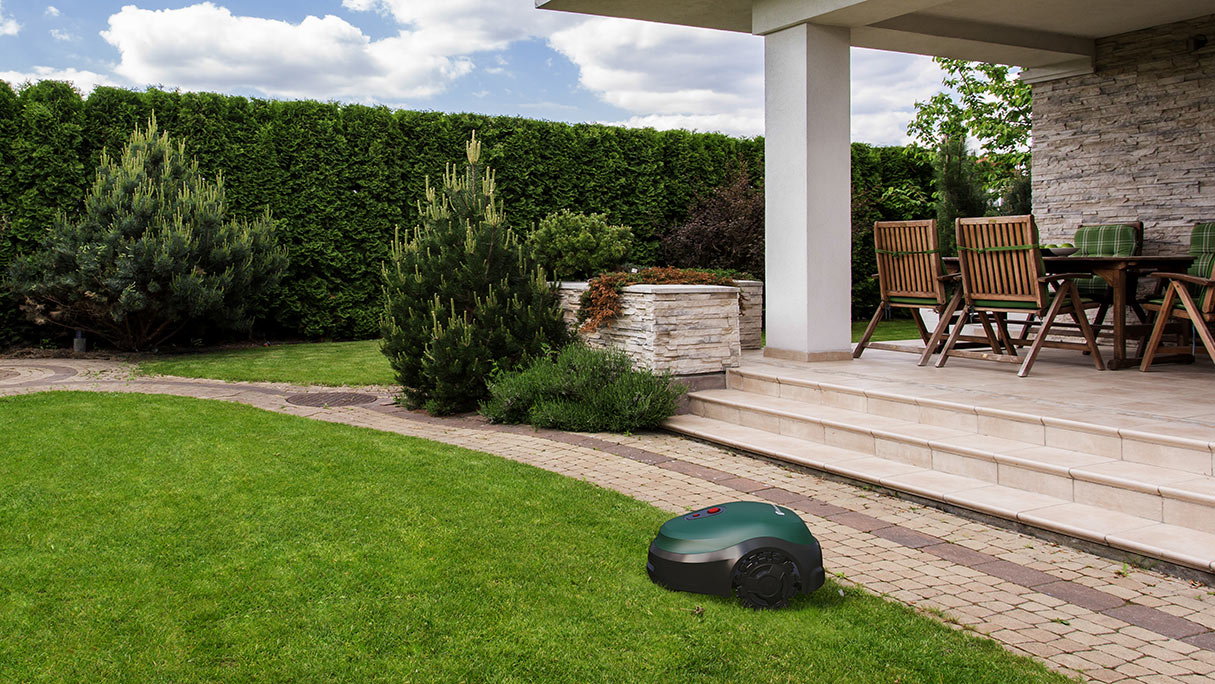 Whether it's a connecting path from the patio to the cozy seating area by the pond or a paved driveway that separates two lawn zones – often times there are places in a garden that the robotic lawnmower has to cross in order to do its job. Is it even possible to drive over such passages? How do you even deal with such an obstacle?

Paths in the garden are diverse

A path is not just a path. While the connection between the terrace and the flowerbed in one garden may only consist of individual stone slabs, other garden owners prefer a modern covering of pebbles. Perhaps the paved driveway, several meters wide, lies between the main zone and another zone. All of these surfaces present different challenges for the robotic lawnmower.

Which paths can a robotic lawnmower traverse?

Not every surface is equally suitable for a robotic lawnmower to drive over. Basically, paved areas with a flat surface are unproblematic. On the other hand, natural materials such as bark mulch call for a little caution. Although the wood chips are usually simply chopped up by the blade, they lead to significantly faster wear and the destruction of your path.

The situation is different with gravel paths or pebbles. Naturally, there is a high risk of a loose stone getting caught in the running mower and damaging the blades. There is also the risk of the robot getting stuck in the gravel. In principle, it is possible to drive over this type of passage - although not always advisable. To avoid damage and to find a temporary solution, you could at least increase the cutting height as much as possible so that the blades are as far away from the ground as possible. However, we do not recommend this. 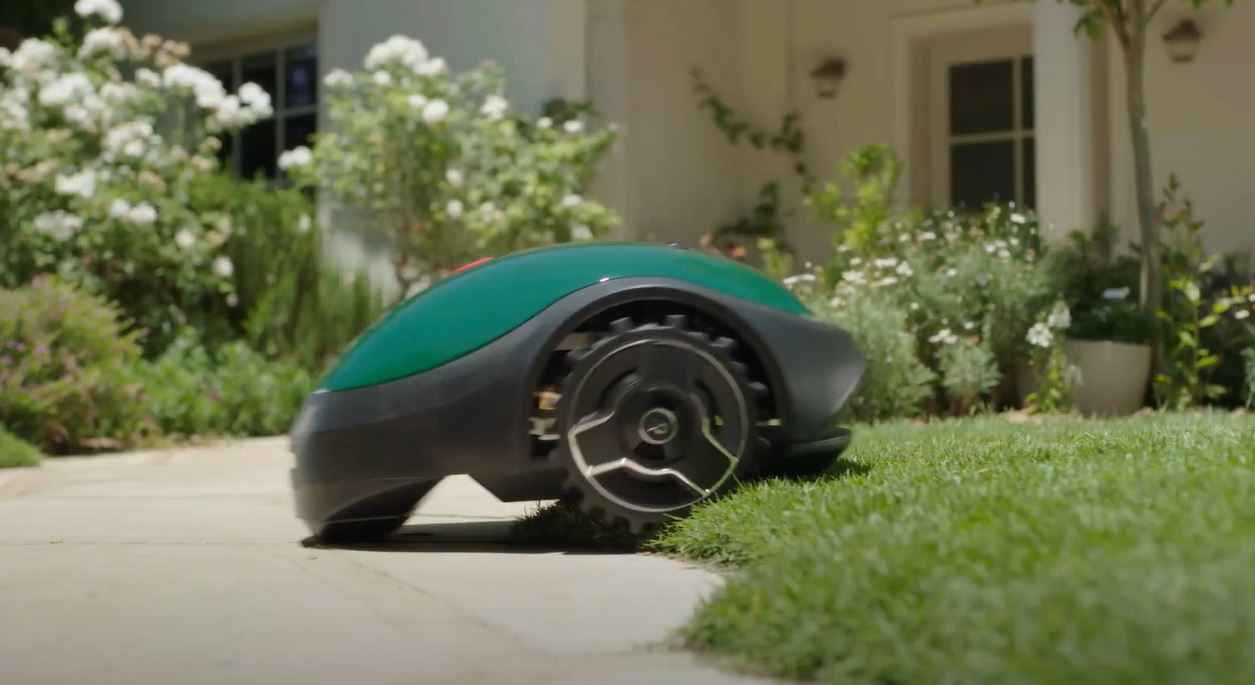 To ensure that the robotic lawnmower does not cause any problems when crossing paths, the difference in height between the lawn edge and the pavement should be identical. At best, lay the stones so that they are level with the ground surface. This also has the advantage that the robot can simply drive over the edges and mow them together with the rest of the lawn.
An alternative is to backfill with soil so that the robotic lawnmower can get over the slope onto the stones without getting stuck on the edge.

Avoiding problematic paths - this is how it works!

If gravel paths cross the entire garden, the robotic lawnmower would permanently run over them and "mow" them. To prevent this from happening and still ensure that the entire lawn is mowed, you can leave out certain paths using the boundary wire. This means only narrow passages will remain, which the robot can then use. Ideally, you should lay solid stone slabs, which the robot can safely cross. You then simply define the individual areas as main and secondary zones with different remote start points.

What features does a robotic lawnmower need to traverse paths?

Some robotic mowers have features that make it even easier to drive over paths:

Paths can be used so that your robotic lawnmower can independently move from one zone to another without you having to move it manually. To do this, it is only important to lay the perimeter wire correctly and, if necessary, define a remote starting point.

For this purpose, the passage should be at least one meter wide. This ensures that the signals does not interfere with each other on both sides. If not, the robotic lawnmower could get stuck on the passage.

Incidentally, creating a passage works in the same way if the robot is to pass a long driveway several meters in length. Here, simply place the perimeter wire marking the passage in the joints or under the cobble stones.

To prevent the robot from getting stuck in the passage and mowing it, it is possible to install a tunnel circuit or to lay a small loop on each side of the entrances so that it is artificially narrowed. The robot then only passes these when it approaches them head-on.

It is not necessary to include paths that lead across a lawn and are on ground level. The robotic lawnmower simply drives over these when mowing.
In principle, it is no problem to let the robotic lawnmower drive over paths. To ensure that the device does not suffer any damage, the main factor is the type of surface. When covering longer distances, laying the perimeter wire may require additional time. It is definitely worth it, especially if you do not feel like carrying your garden helper from zone to zone on a regular basis.